13 days private safari in Kenya from Nairobi to Mombasa

13 days private safari in Kenya from Nairobi to Mombasa

What is the best thing you can do in 13 days in Kenya?
And what will be the cost? My MARA to DIANI trip in a private environment, the car only for you!.

Most important is that you will build your safari (with me) that suits you 100%!

There are a lot of wonderful things you can do in Kenya, even in just 13 days! Here is my special personal tour  » MARA to MOMBASA DIANI  », a tour with wildlife and marvellous beaches hotel!

This safari is just an example and you can modify and customize as you wish. The most important is that you will build your safari that suits you 100%!

1. Day HOME – NAIROBI : Arrival in Nairobi and overnight accomodation in a charming hotel in the proximity of the Nairobi park.

About 7-hour trip with beautiful Landscapes on the way to Masai Mara. Quartering depending upon choice in a beautiful Lodge or in one „Tented Camp”. First safari (Game drive) in the afternoon. The Masai Mara National reserve, is in the central west of the country, on the border to Tanzania. It finds itself in the north of the Serengeti national park, to which it depend. Those both reserves together have a total area of 16.000 km2.

Masaï Mara (1510 km2), named after the river Mara that crosses the park, and the Masai people who live in the region, is definitely the most famous reserve in Kenya. It is one of the places where you can see the « Big Five » (lion, elephant, rhinoceros, buffalo, leopard). More than 500 species of bird have been indexed in this park, the natural extension of the Serengeti in Tanzania. Set in the heart of Africa’s Great Plains, the Masai Mara boasts 1,672 sq. kilometres of unspoilt wilderness. It offers the best game and bird-viewing not only in Kenya, but anywhere in Africa. The views across the rolling golden grasslands studded with acacia trees, rivers and forests are dazzling, the sense of space overwhelming. Throughout the year the Masai Mara is a place of natural drama, a kaleidoscope of colour and life. The famed « Big Five » – elephant, rhino, lion, leopard and buffalo – roam the reserve, together with hundreds of other species, from the fastest animal on earth, the cheetah to crocodiles and magnificent birds of prey.

4. Day: NAIVASHA AND NAKURU LAKE : Trip to the Naivasha lake, lunch, then further for the Nakuru lake and quartering in a beautiful Lodge. The Nakuru lake is for me the number one of the best safari park. NAKURU LAKE This little park of 194 km2, located 160 km north west of Nairobi near Nakuru 4th largest town in Kenya, is a small reserve, but you can see an exceptional variety of birds such as kingfishers, pelicans, spoonbills, storks, and not forgetting the pink flamingo colonies. It is in this park that I have taken my best photos of herons and leopards.

AMBOSELI National Park, Kajiado District, Rift Valley Province in Kenya. The park is 3260 km2, is one of the most beautiful parks in Kenya with Kilimanjaro (to see it, you need to get up early as it is often hidden by clouds, or sometimes in the evening). in the background Near the Kenya-Tanzania border. The local people are mainly Maasai, but people from other parts of the country have settled there attracted by the successful tourist-driven economy and intensive agriculture along the system of swamps that makes this low-rainfall area (average 350 mm (14 in) one of the best wildlife-viewing experiences in the world. You will be able to see many animals (zebra, gnu, giraffe, cheetah, lions and so on). Located 200 km south of Nairobi on a vast plain dotted with locust trees , and swamp/marshland. It was here that Ernest Hemingway wrote  » The Snows of Kilimanjaro  » and Joseph Kessel wrote  » Lion  ».

6. Day: AMBOSELI : A safari day in the Amboseli national park. Accommodation in a beautiful Lodge in Full Board.

7. Day: TSAVO WEST : Departure at 7.00 o’clock toward Tsavo over Kimana. The road between Amboseli and Tsavo, you will need 5 h, is beautifully and one has a great view of the Chyulu Hills, the Kilimanjaro and the Taita Hills. Arrival to the lunch for example in the Kilaguni Logde. Game Drive (safari) in the afternoon.

The Tsavo which is divided into Tsavo East and Tsavo West is one of the biggest parks in the world, if not the biggest, at 20,812 km2. Part of Mombassa’s supply of drinking water comes from Tsavo. Tsavo is a volcanic area; you will sometimes cross lava flows. You will find large herds of elephants there, and a submerged observatory for watching crocodiles and hippos (Mzima Spring in Tsavo West).

I prefer Tsavo West for many reasons !! However note that there are not as many animals as you may think! They too have their habits and territories. It is the same for mushrooms if you go with someone who knows the right places, you will find them! With regards to the coastal region of southern Kenya near Mombasa if you want to see wild animals, go there with Fred (a French guy) he knows as he has lived there for a long time! See Kilimanjaro at 8am because the cloud cover that you see at the foot of the mountain climbs very quickly after that, and the mountain will be completely invisible all day. In the evening, it comes into view again.

Departure around 08.00 o’clock after Diani Beach. Arrival around 12.30 o’clock in the Southern Palms Resort 4 **** at the beach of Diani, at the coast south of Mombasa. This beautiful new plant was completely reconditioned 2004 and ordered over two enormous swimming pools, room air-conditioned a whirlpool in the free one, two tennis courts, 300, a disco with animation program and several restaurants. There are there possibilities for the bottle dipping, windsurfing,High sea fishes. Completely generally one can operate many kinds of water sport there. (Certain kinds of sport must be paid locally).

Everything included i.e. You will be in your hotel (in case of safari from the beach).
Average price depending on the season and non-binding (private vehicle).

Prices must be confirmed by the ground-operator.

Safari with beach with mixed overnight stays for 13 days. 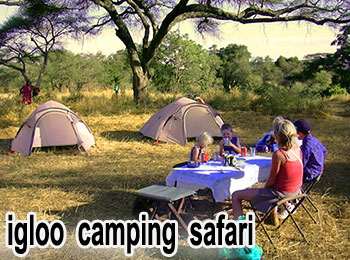 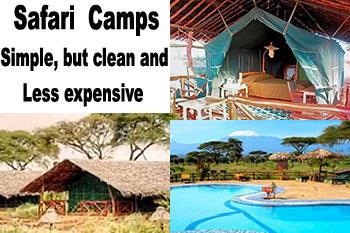 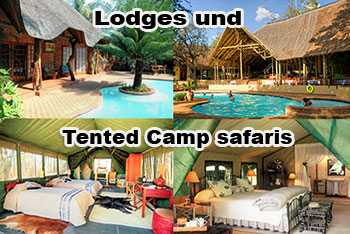 Safari with overnight lodge or tented camp for

Do you want additional informations or book this safari?

To help you find the best Kenya safaris with the cheapest prices, with my local contacts.

Remember to bring an adapter if you live in France, or if your country’s sockets are of a different standard.

And, as well as Kenya Tips